I was in Vienna for the first time a few years ago. My sisters and I spent a long weekend in the Austrian capital for my birthday. We had a great time, became the unsafe Prater, went to the opera, followed in the footsteps of Sissi and, of course, ate the delicacies of the city. Naschmarkt won our hearts immediately, as did the traditional schnitzel (I wasn’t vegan at the time). But what I was most looking forward to was probably a slice of Sachertorte. I had never tried chocolate cake before and was very curious how it would taste. We didn’t visit the traditional Hotel Sacher to taste the good piece, but to make a long story short: it was so delicious, juicy, fruity and still chocolaty that I now bake its pure plant-based counterpart: the vegan Sacher cake.

Tip: It’s always a bit tricky and requires skill to divide a cake sheet into two cake bases. Some home bakers cut straight before dividing horizontally. However, valuable dough is simply lost in the process because the cut pieces are usually no longer used. Better yet: remove the cake batter for the vegan Sacher cake from the mold to cool and turn it over so that the uneven side is down. The weight of the cake base will correct the “hilly” side.

Sachertorte owes its name to its inventor, pastry chef Frank Sacher. In 1832 he had to fill in for the ailing chef at the court of Prince von Metternich and create a dessert for the dinner guests. At the time, the gentlemen liked it, but no one talked about the then 16-year-old’s cake. Twelve years later, when he opened his own delicatessen and sold chocolate cake there, their success story began. However, we owe its present form to Eduard Sacher, Sacher’s eldest son, who perfected the Sacher cake during his training with the imperial court and royal pastry chef Demel.

After talking about so much cake, I was very hungry, how about you? Look at how delicious CLUBBER we EAT:

I’m a real fan of this vegan sunken apple pie and mine All time favorite, gin and tonic cake. Enjoy your meal! 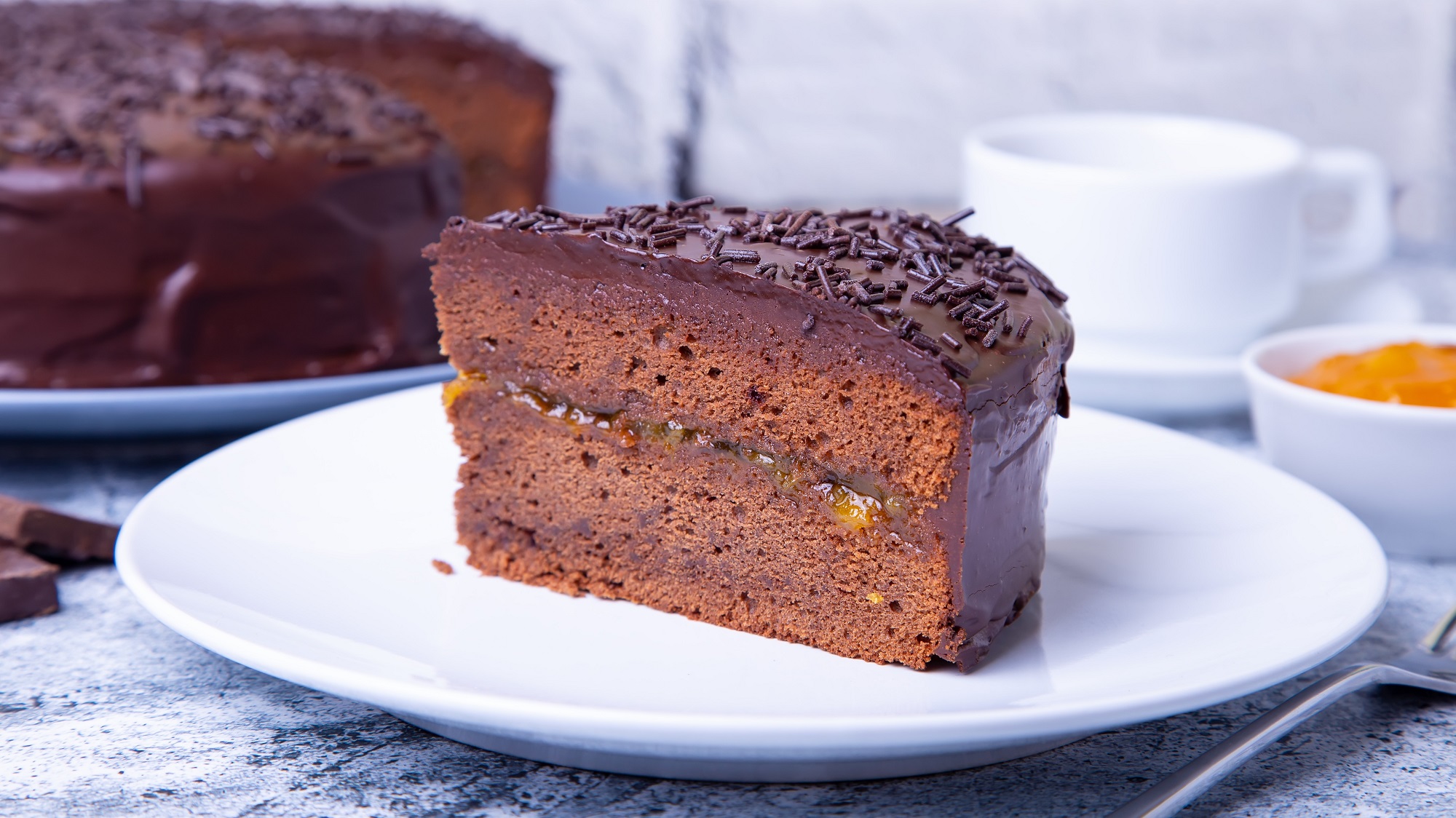 Austrian chocolate cake: Today we have a vegan Sachertorte

An Austrian classic in animal-free form.