Just eat a delicious dessert. You do too little anyway. And, unfortunately, such a classic is prepared very rarely. But you should treat Suzette pancakes more often, and it’s not that difficult.

In France, Crêpes Suzette are widespread and very popular – not only as a dessert, but also as a dessert that can sometimes replace the main course. By the way, according to legend, the treat was invented by accident. A popular anecdote says that in 1896 the Crown Prince of Great Britain and later King Edward VII visited the famous Café de Paris in Monte Carlo. A 14-year-old apprentice chef had to prepare pancakes for blue bloods and 18 guests at the table, as part of a New Year’s Eve celebration. But while preparing the sauce, a liquor suddenly caught fire. The apprentice stayed cool, and tasted whether the sauce still tasted good. Then, without further ado, he added more liquor and sugar, assuring the future king that this was a new recipe. And Edward was thrilled – Crêpes Suzette was born! At least that’s what the most popular legend about the sweet treat says.

We don’t give a damn who finally figured it out, how and why. The important thing is that someone invented it, and we can cook it and enjoy the taste!

Do you want to discover more notable desserts of French cuisine? We have selected some recipes for you: 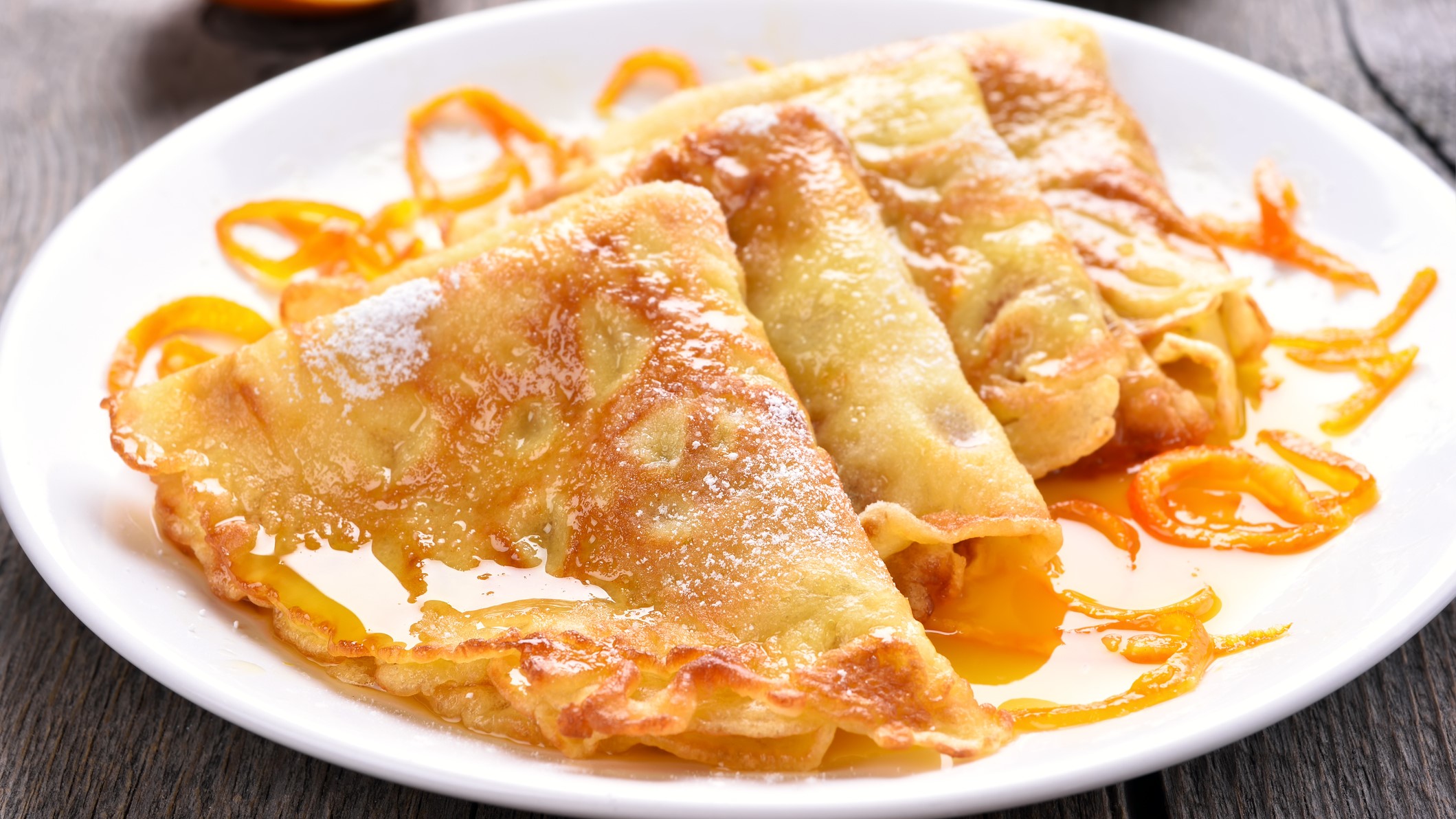 Crêpes Suzette: a recipe for a true classic dessert

Crêpes Suzette is a real specialty because of the orange fruit sauce. We’ll tell you how.

To make the dough: